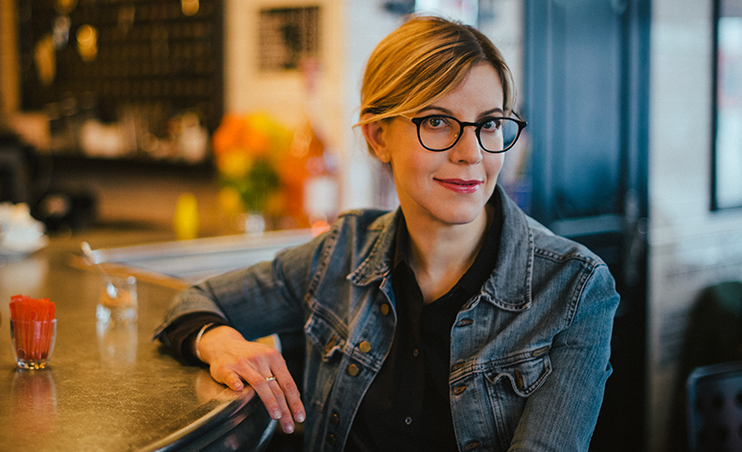 Pamela Druckerman is a journalist, an Emmy-winning documentary producer and the author of five books including Bringing Up Bébé, which has been translated into 31 languages and optioned as a feature film by Blueprint Pictures.

Bringing Up Bébé was a #1 best seller in the U.K. (Sunday Times); a top-ten best seller in the United States (The New York Times); and has appeared on best-seller lists in Germany and Brazil. (Its UK title is French Children Don’t Throw Food.) Pamela is also the author of There Are No Grown-Ups: A Midlife Coming-of-Age Story, Bébé Day By Day: 100 Keys to French Parenting, Lust in Translation: Infidelity from Tokyo to Tennessee and Paris by Phone, a rhyming picture book for kids.

Pamela has penned a monthly column on France for The New York Times, and the Dress Code column for 1843/The Economist. Her op-eds, essays, articles and reviews have also been published in the The Atlantic, The New York Review of Books, The New York Times Book Review, the Financial Times, Harper’s, New York Magazine, Marie Claire, Vanity Fair France, Madame Figaro, The Washington Post, The Guardian, The Times (UK), The Sunday Times (U.K.) and many other publications.

Pamela won an Emmy for The Forger, a New York Times documentary about a Frenchman who forged documents during WWII. The film was a finalist for the Peabody Award and won prizes from World Press Photo, Pictures of the Year International and NPPA. She won an Overseas Press Club award for “best TV or video spot news reporting from abroad” for coverage of the 2015 terrorist attacks in Paris.

In March 2020, at the start of the Paris lockdown, Pamela co-founded PANDEMONIUM U, a series of free Zoom classes – mostly about France – taught by world-class experts. Here she’s speaking with Barnard Professor Caroline Webber in  “Proust for Beginners.”

From 1997 to 2002 Pamela was a staff reporter for The Wall Street Journal based in Buenos Aires, São Paulo and New York. She studied improv at Upright Citizen’s Brigade and was a term member at the Council on Foreign Relations.

Pamela holds a B.A. in philosophy from Colgate University and a Master of International Affairs from Columbia University. She grew up in Miami.