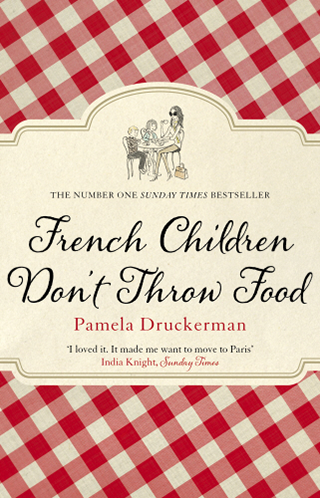 (U.K. edition of Bringing Up Bébé)

“Her book should be dispensed on prescription.” — Spectator

How do the French manage to raise well-behaved children and have a life! Who hasn’t noticed how well-behaved French children are – compared to our own?

Pamela Druckerman, who lives in Paris with three young children, has had years of observing her French friends and neighbours, and with wit and style, has written a memoir that is ideally placed to teach us the basics of parenting a la francaise.

“Self-deprecating, witty, informative… But however much she admires the ‘easy calm authority’ French parents seem to possess… will Druckerman manage it herself? Her efforts to do so add a compelling narrative to this fascinating study of French parenting.” — The Guardian (London)

“I couldn’t put it down! Smart, funny and provocative.” — Amy Chua

“I loved it. It made me want to move to Paris.” — India Knight

Sunday Times
January 22, 2012
A fascinating guide to Parisian parenting shows how the French get it right – no snacks, and grown-ups rule the roost

Daily Mail
January 1, 2012
They eat their greens, don’t throw tantrums and go to bed on time… How French mothers’ ‘tough love’ means their children never step out of line”

The Telegraph
January 12, 2012
“French mothers don’t have it all their own way”

The Telegraph
January 24, 2012
“Zut! Can the French really be parents sans pareil?”